An illustration-based April Fool’s marketing campaign created for Krispy Kreme and their famous products was needed to help excellarate the brand's growth in the South African market. This campaign was intended to be an April Fool's joke and was created to make South African consumers feel like Krispy Kreme understands their culture, wants and needs.

A creative April Fool's campaign was created for Krispy Kreme. The idea for the campaign was based around the creation of a new product line, which was inspired by South African cuisine. This hoax product line named the ‘Flavours of South Africa’, featured five new doughnuts to be released on the 1st of April for a limited time. These humourous and limited-edition doughnuts were to be made from the actual ingredients used in five famous South African dishes that each relate to various South African cultures such as Afrikaans, Zulu and Indian. This campaign involved high-quality illustrations and various social media campaigns and adverts. 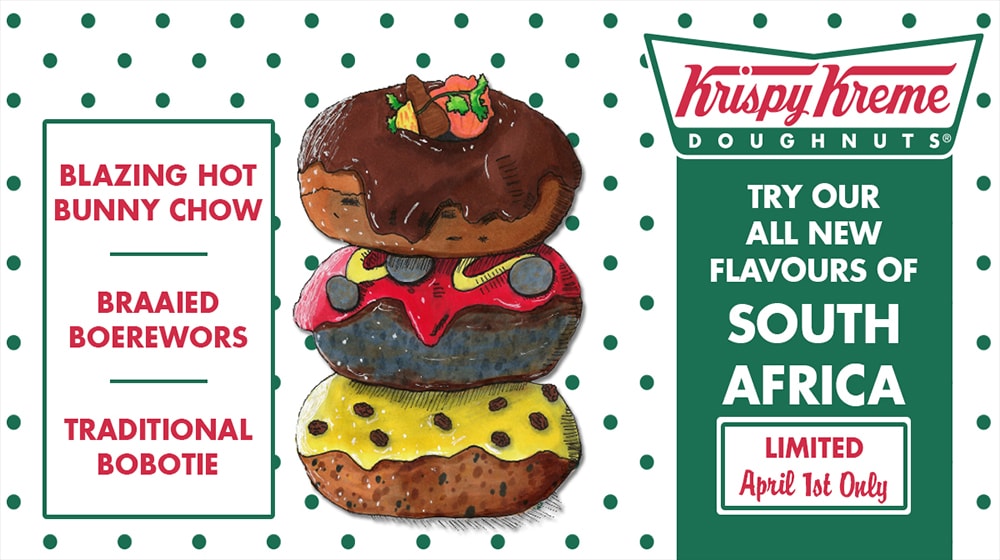 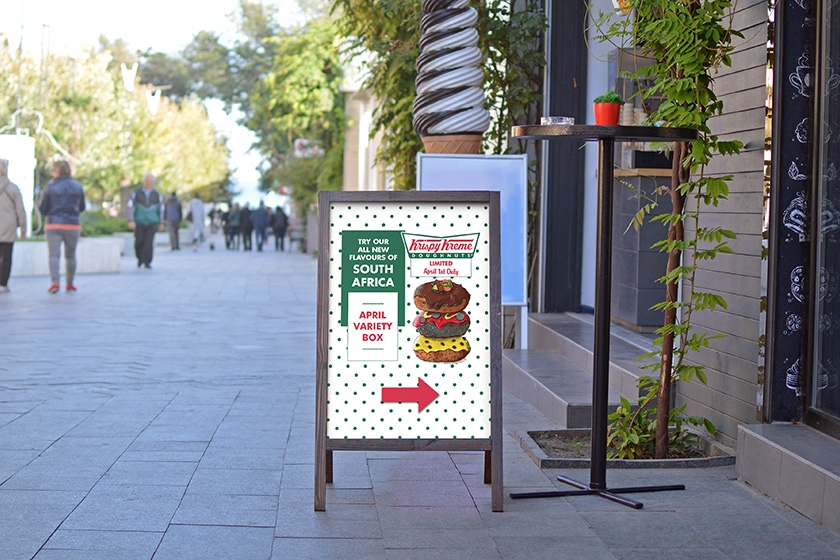 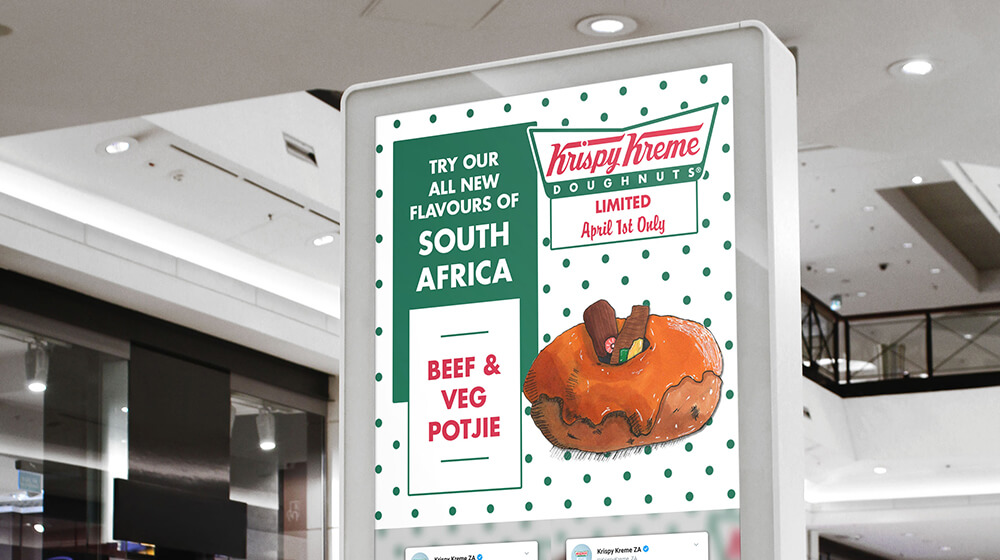 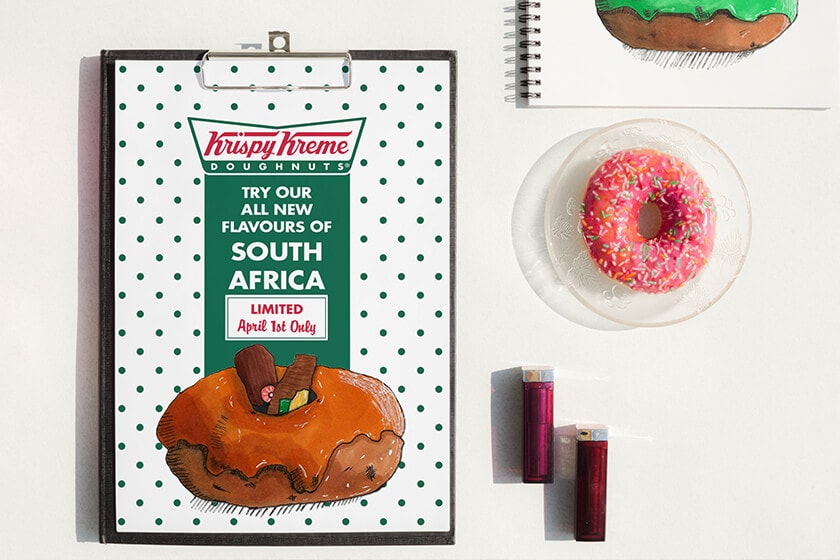 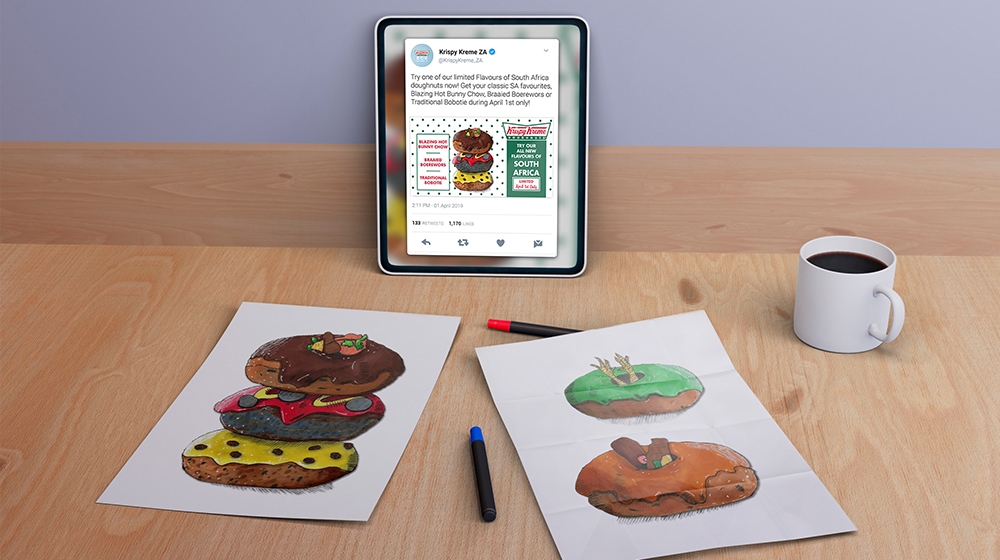 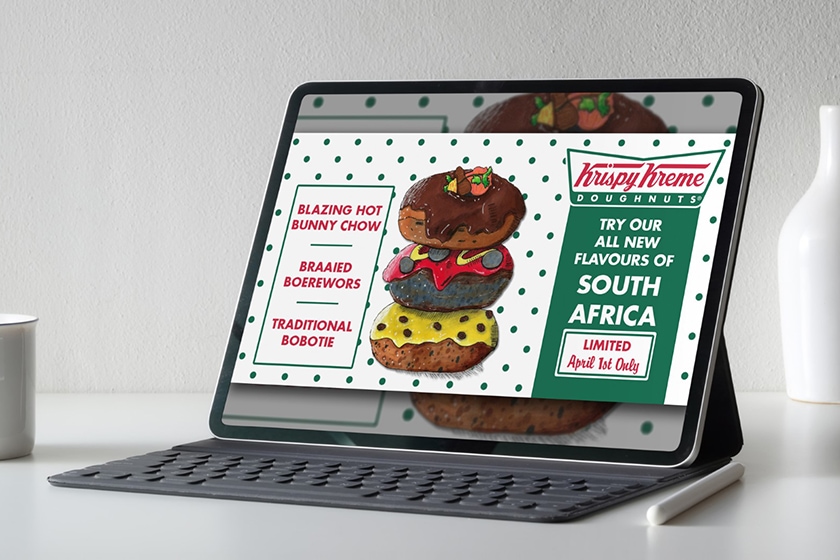